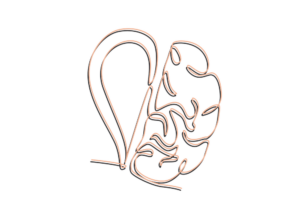 At Spectrum Services, our OCD specialists use a variety of evidence-based approaches to help you better understand yourself and your OCD.

Obsessive-compulsive disorder (OCD) is characterized by unreasonable or intrusive thoughts and fears (obsessions) that lead to certain behaviors (compulsions). Recent research has shown that obsessions and compulsions occur quite commonly and can affect people of all ages, races, gender, or socioeconomic status. Individuals diagnosed with OCD often feel that these obsessions and compulsions impact their quality of life on a day-to-day basis.

The gold standard treatment for OCD is a form of Cognitive Behavioral Therapy called Exposure and Response Prevention (ERP). Exposure therapy is designed to help you conquer your fears and anxieties by desensitizing you to them, allowing you to gain more control and lead a happier and healthier life. Your therapist will help you feel empowered to face the things that distress you and teach you how to reduce compulsions.

“OBSESSIONS are unwelcomed and distressing ideas, thoughts, or impulses that repeatedly enter your mind. They may seem to occur against your will. They may be repugnant to you, you may recognize them as senseless, and they may not fit your personality. Examples of an obsession are recurrent thoughts or impulses to do harm to a child even though you never would or the idea that household cleansers may lead to contamination and serious illness. Obsessions differ from worries in that worries are about possible negative things related to life problems that you are afraid might happen. For example, you may worry about failing an exam, about finances, health, or personal relationships. In contrast to obsessions, your worries don’t usually seem totally senseless, repugnant, or inconsistent with your personality.”

“COMPULSIONS, on the other hand, are behaviors or acts that you feel driven to perform although you may recognize them as senseless or excessive. Usually compulsions are performed in response to an obsession, or according to certain rules or in a stereotyped fashion. At times, you may try to resist doing them but this may prove difficult. You may experience discomfort that does not diminish until the behavior is completed. Examples of a compulsion are the need to repeatedly check appliances, water faucets, and the lock on the front door before you can leave the house or repeated handwashing. While most compulsions are observable behaviors, some are unobservable mental acts, such as silent checking or having to recite nonsense phrases to yourself each time you have a bad thought. Compulsions, as we define them here, are not to be confused with other kinds of compulsive behavior such as overeating, gambling, drinking alcohol, overshopping, or other ‘addictive behaviors.’ 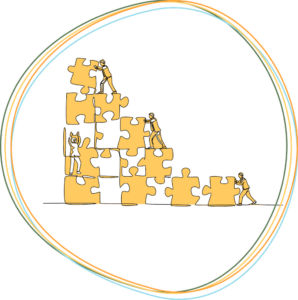 People with OCD can have more than one subtype, their subtype can change over time, and symptoms vary from person to person.

Mental Contamination OCD causes people to worry that they will become dirty, contaminated, or evil on the inside if they are exposed to certain people or places that they feel are dirty, wrong, or bad luck.

Harm OCD causes people to be deeply overwhelmed and disturbed by intrusive, violent thoughts and to worry that they might accidentally or unintentionally harm themself or someone else. People with harm OCD might avoid certain situations connected with their intrusive thoughts (e.g., avoiding driving because of an intrusive thought about intentionally crashing) or repeatedly checking for dangerous objects (e.g., checking that the stove was turned off properly).

Symmetry OCD causes a need for things to be perfectly symmetrical, lined up, or neatly organized.

Sexual Orientation OCD causes intrusive thoughts that lead one to question their own sexual orientation.

Pedophilia OCD causes one to worry that they might be a pedophile, even though they do not want to have sex with children.

Relationship OCD creates a distressing sense of uncertainty about one’s own relationship, including whether the person you are with is right for you, questioning shared memories, and questioning commitment.

“Just Right” OCD (also known as Perfectionism) causes a fear that things need to be done in a certain way or order to prevent bad things from happening. People with “Just Right” OCD might need to repeatedly start tasks over again in order to make sure they are done in just the right way.

Religious OCD causes a fear that one has done something sacrilegious, such as sinning, praying incorrectly, lying, stealing, or anything else that they worry is morally unacceptable or blasphemous.

“A lot of people assume that having OCD means liking things organized or hating germs. It tends to be treated like a quirk or an endearing trait. But it's so much more than that. It's the one thing that prohibits me from being free of myself.”

Your feedback means a lot to us. Please leave us a review here!